I received the tactical patches produced by Tactical Patriot, an USA micro-entreprise, registered at Etsy. There is a wide choice and they are good quality. I shall use them for the expeditions « Gorgone Race ». Patches are inspired by the military environment, recognized for the field experience.

It is of small embroidered surfaces that allow to identify us and we fix « by scratch » to caps, jackets and backpacks. They can represent a unity, a group, either a currency, or a symbol referring to the values military as the honor and the bravery, or to the military history and the antique warriors.

The references to the Antiquity return often fashionably when a society feels unbalanced or confused further to tragic events. To try to answer these events and to find a stability, the society needs to find its roots, then takes naturally references in the History, in things carried out by the illustrious men of the past.
It can be resumed by the industrial cinema to affect a wide public as for example movies Gladiator, Troy, and 300.

There is always a reference to the fight which visualizes the strength of the warriors.

It is a classical expression of defiance. The literal translation is « having come, take ». According to Plutarch, the phrase was reportedly the defiant response of King Leonidas Ist of Sparta to Xerxes Ist of Persia when Xerxes demanded that the Greeks lay down their arms and surrender.

This was at the onset of the Battle of Thermopylae (480 BC). Instead, the Greeks held Thermopylae for three days. Although the Greek contingent was defeated, they inflicted serious damage on the Persian army. Most importantly, this delayed the Persians progress to Athens, providing sufficient time for the city’s evacuation to the island of Salamis.

Though a tactical defeat, Thermopylae served as a strategic and moral victory, inspiring the Greek forces to crush the Persians at the Battle of Salamis later the same year and the Battle of Plataea one year later.
« Molon labé » is an exemplary use of a laconic phrase and has been repeated by many later generals and politicians to express an army’s or nation’s determination not to surrender.

The motto « ΜΟΛΩΝ ΛΑΒΕ » is on the emblem of the Ist Army Corps of Greece and the Second Infantry Division of Cyprus, and is also the motto of United States Special Operations Command Central (SOCCENT). The expression « Come and take it » was a slogan in the Texas Revolution.

« Molon labé » has been used once again in Greek history, on 3 March 1957, during a battle in Cyprus between members of the EOKA organization and the British Army. After someone had betrayed his location, the British forces surrounded the hideout of the second-in-command of EOKA, Grigoris Afxentiou, near the Machairas Monastery. Inside the hideout were Afxentiou and four of his followers. Realizing he was outnumbered, Afxentiou ordered them to surrender themselves while he barricaded himself for a fight to the death

The British asked Afxentiou to come out and surrender. He replied with the phrase « Molon labé », imitating the ancient Spartans. Unable to get him out, and after sustaining casualties, the British set fire to the hideout, and he was burnt alive. The British buried his body in the yard of the central jail of Nicosia, where it lies today.

In the United States, the original Greek phrase and its English translation are often heard as a defense of the right to keep and bear arms. It began to appear on websitesin the late 1990s and early 2000s. In the Second Amendment or firearms freedom context, the phrase expresses the notion the person uttering the phrase is a strong believer in these ideals and will not surrender their firearms to anyone, especially to governmental authority. In college football, the Michigan State Spartans football team wore alternate jerseys featuring the phrase in their 2011 rivalry game with the Michigan Wolverines.

It is a Latin adage translated as, « If you want peace, prepare for war ». It is adapted from a statement found in Book 3 of Latin author Publius Flavius Vegetius Renatus‘s tract De Re Militari (4th or 5th century), although the idea which it conveys also appears in earlier works such as Plato’s Nomoi (Laws).

Whatever the source, the adage has become a living vocabulary item itself, used in the production of different ideas in a number of languages.

For example, Bourrienne made reference to the foreign policy of Napoleon :

Everyone knows the adage, had Napoleon been a Latin scholar he would probably have reversed it and said, Si vis bellum para pacem. In other words, a leader who is planning a war should put other nations off guard by cultivating peace.

It is a military slang from the NATO phonetic alphabet names for the letters W, T and F, Internet slang, initialism of What The Fuck.

Although often called « phonetic alphabets », spelling alphabets are unrelated to phonetic transcription systems such as the International Phonetic Alphabet. Instead, the International Civil Aviation Organization (ICAO) alphabet assigned codewords acrophonically to the letters of the English alphabet, so that critical combinations of letters and numbers are most likely to be pronounced and understood by those who exchange voice messages by radio or telephone, regardless of language differences or the quality of the communication channel.

The 26 code words in the International phonetic alphabet are assigned to the 26 letters of the Occidental alphabet in alphabetical order as follows :

WTF is a movie too… 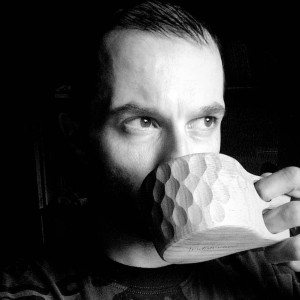